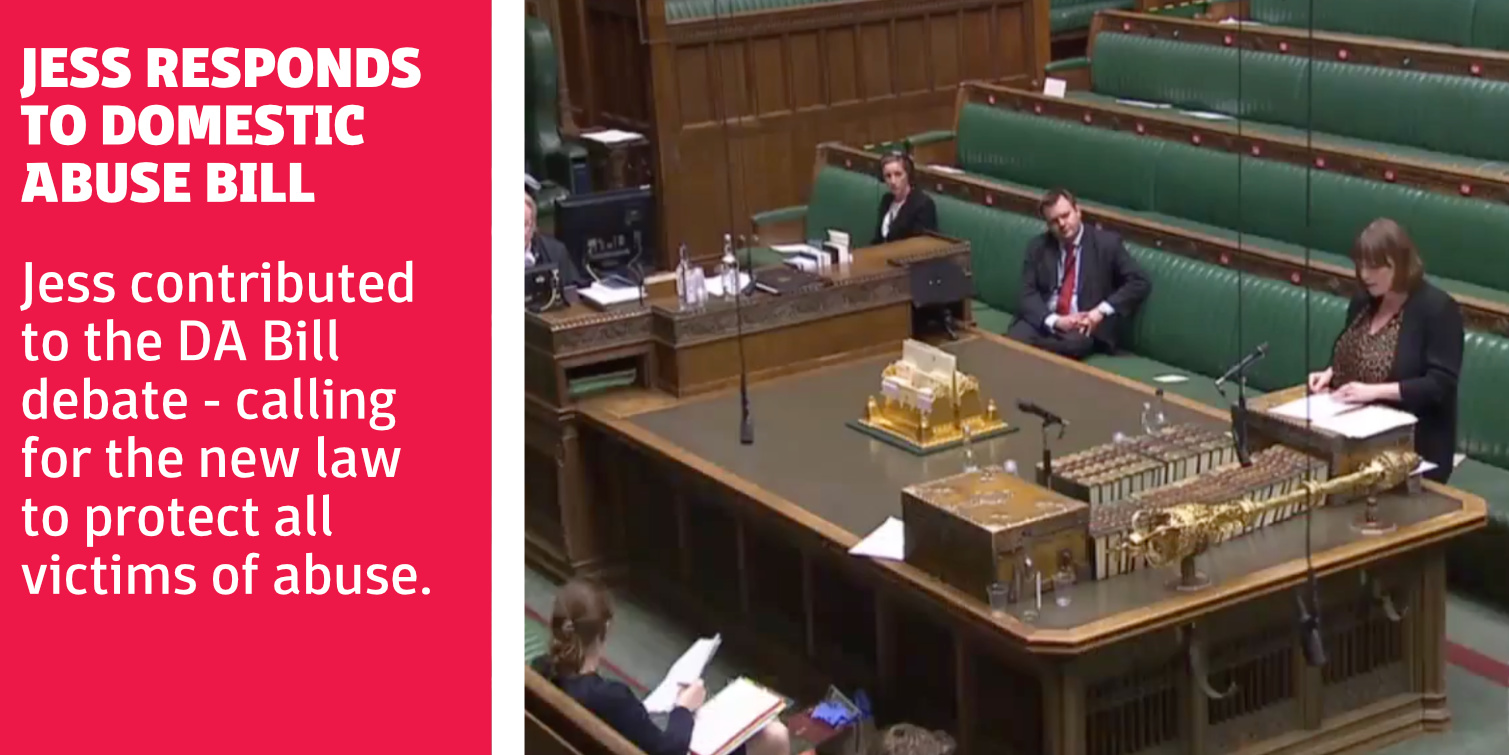 The Government recently brought forward the Domestic Abuse Bill for its second reading in the House of Commons.

Jess Phillips, Shadow Minister for Domestic Violence and Safeguarding welcomed many of the measures in the Domestic Abuse Bill but warned it does not go far enough.

The Domestic Abuse Bill is designed to increase support for victims of domestic abuse and improve the way the justice system handles cases. While this legislation is a positive step, many vulnerable groups would not be protected by this new law.

In particular many victims brought to the UK on spousal visas would find themselves unable to access support due to their immigration status. There is also a lack of funding for specialised support services for marginalised groups.

‘For every part of the Bill I will ask how it would have helped or hindered the victims and their children whose hands I have held over the years. Which of those victims have we forgotten? The only qualification for access to support, housing, refuge, social security, and police protection for victims of domestic abuse in this country should be this: are you human?’

‘The past few weeks have shown that we are a community. How can it be that there are care workers, NHS workers and key workers serving the public right now in this crisis who would not be equally protected if they needed to escape abuse? Surely it is about all of us, or it is about none of us. Let the new Bill reflect that.’

The Domestic Abuse Bill will now progress to the Committee Stage where it is hoped amendments will be accepted to correct these outstanding issues.